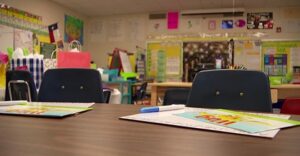 I am delighted to report some good news — if you allow me to call it that — regarding the COVID-19 pandemic.

It is that our granddaughter and her brother are going to be kept out of their classrooms for at least the first semester of the upcoming academic year. We got the word from our son and daughter-in-law that the Allen (Texas) Independent School District, absent any guarantee that it can prevent spread of the virus in schools, has decided to give parents the option of online schooling at home.

Our son and daughter-in-law have exercised that option.

Thus, the Allen ISD will not follow Donald Trump’s blind and stupid call to reopen our classrooms despite the surge in coronavirus infection in states such as ours.

For the president to insist on school reopening is beyond irresponsible. He exhibits no outward interest in protecting the lives of our precious children and the teachers who expose themselves to potential illness or worse.

So local school districts here in North Texas are calling their own shots. Princeton ISD, where my wife and I live, isn’t going along with the president’s urging. Neither are the Amarillo and Canyon ISDs, from where we moved two years ago. They are going to online teaching, giving students materials they can study at home.

Our granddaughter and her brother — who is entering his senior year in high school — did well in the second half of the preceding school year learning at home. They will do so again once the new year begins in August.

Meanwhile, the search for vaccines continues. May the brainiacs assigned to find them hit pay dirt sooner rather than later. 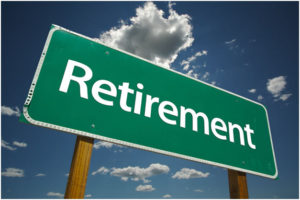 You know already that we have moved from the Texas Panhandle to Fairview, Texas. Plus, you also know that we relocated to live closer to our 5-year-old granddaughter.

Here’s something you might not know: Our new digs are two stop lights away from Allen High School, where Emma’s brother attends. Allen isn’t just any ol’ high school. It’s the largest in the state. It’s also a school where they play some pretty good tackle football.

The Allen Eagles have won a bunch of state Class 6A football titles. They are the defending champs entering the current school year.

They also built a $60 million football stadium here a few years ago. It’s a beaut, man.

Where am I going with this? I want to attend a football game or two at this place.

Now that we’re retired, most of my Friday nights are free. The Allen Eagles are fortunate to play their home games in a venue that many Division II or III colleges would envy.

Many of you likely remember that the Allen Independent School District opened the stadium and then had to vacate it for a couple of seasons when they discovered some stress fractures in the cement work. The contractor made good on fixing it. They reopened the place and the Eagles have continued their winning ways.

I guess I want to attend a Friday night event in Allen to experience the kind of “Friday Night Lights” spectacle made famous in the book of that name.

I’ve been to nice high school venues, watched football games. Dick Bivins Stadium in Amarillo is a first-class venue. It’s the home field for all four of Amarillo ISD’s high schools. Back when Emma’s dad was in high school, he played in the marching band and we attended football games throughout East Texas watching him march around the field at halftime.

However, the Allen HS venue is different. It’s fantastic!

Our granddaughter eventually will attend high school there. One of her brothers already has graduated from Allen High; the other one is in his sophomore year.

I just have to attend a football game here to help round out my retirement journey.

Weird? Maybe, but it’s my story and I’m sticking to it. 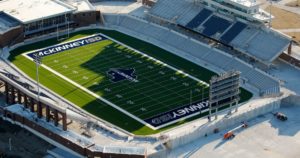 I found myself smiling while watching a news report regarding a brand new high school sports venue.

Maybe I should have been more, um, understanding.

McKinney High School is supposed to begin playing football in a $70 million stadium. The season starts this fall. The stadium — which is still under construction — is a beaut. It looks real pretty. It’s billed as a state-of-the-art venue for a growing high school in North Texas.

But … they have a problem. They found cracks in the concrete. McKinney school district officials have to repair the damage before they allow thousands of high school football fans sit and cheer their team on to victory.

If that sounds familiar, well, it should. Down the road a bit, in Allen, they encountered a similar difficulty with that school district’s shiny new football venue. The Allen Eagles had to vacate their new $60 million stadium for a couple of seasons while the contractor repaired the stress fractures officials discovered. The contractor fixed the problem at no additional cost to taxpayers. The stadium opened. The fans have cheered.

The Allen Eagles, by the way, won a state championship this past season.

Another thing: Now that my wife and I live nearby, we have a keener interest in these matters.

Will the contractor who built the McKinney stadium fix it on its own dime? They had better. I cannot imagine asking taxpayers — who already have agreed to shell out a lot of money — to dig even deeper to repair a flaw that is not their fault. 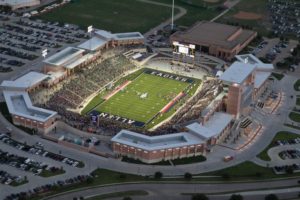 We learned something quintessentially Texan when we moved to Texas back in the spring of 1984.

It is that high school football matters — a lot! — to communities all across our vast state. Whether it’s along the Gulf Coast or throughout the Piney Woods of East Texas, or in West Texas, communities rally around their high school football team. Non-football activity virtually stops on Friday nights in the fall in places like Orange, Silsbee, Lufkin, Canadian or Pampa. It all takes place under the lights in high school stadiums all over the state.

We’ve come to understand the importance of football in Texas.

It’s with that backdrop that I found the story this morning about the new football stadium to be built in McKinney, a suburban community just a bit north of Dallas.

They’re going to spend $69.9 million for a 12,000-seat stadium. Construction starts next month and it will be open for business next year. McKinney residents got a bit of a jolt when school officials reported that increasing concrete costs drove the price of the stadium past its original price of $62.8 million.

The fascinating element, of course, is that the money was approved by voters, who approved a bond issue to build a facility that a lot of Division II colleges would love to have.

I’ve got a bit of a personal interest in this issue as well. They built an 18,000-seater in Allen, just south of McKinney a few years back. My grandson graduated from Allen High School this past year. The place is gorgeous and it, too, came via a successful bond issue election. Of course the Allen High project had its ups and downs. One of the “ups” is that the Allen Eagles have been perennial state champions in Class 6A and they fill the place when the Eagles are at home. The “down” was a big one: The stadium was closed for two seasons when they found stress fractures in the concrete that needed immediate repair.

Now is this something I could support with my vote if I was given a chance? I do not know.

The four public high schools in the Amarillo Independent School District share playing time at Dick Bivins Stadium. It’s a nice venue, too. Indeed, it beats the dickens out of the crummy little “stadium” where my high school played football back in Portland, Ore., in the old days.

I guess you just learn to accept the realities of where you live.

Football is a big deal in Texas. My sons didn’t play football when they were growing up and coming of age in Beaumont. Therefore, I generally didn’t have much vested interest in how their high school team played on Friday nights.

These days I no longer question the decisions that residents of certain Texas communities make regarding whether to build these seriously well-appointed sports venues.

If that’s what they want for their community, it’s their money to spend however they see fit.

There was a time when I’d suffer big-time sticker shock. I’ve gotten over it.

I mean, this is Texas, man! 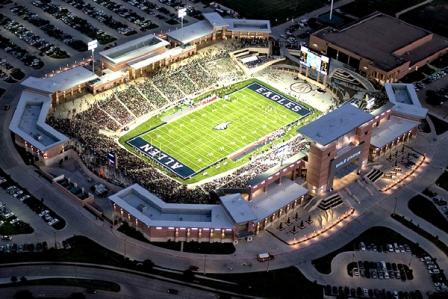 They play football at this place. It’s a stadium. A high school stadium.

It’s in the middle of Allen, Texas — just north of Dallas — where our grandson is about to graduate from high school.

Students and loved ones will gather there and they’ll cheer when their graduate’s name is called out and the young man or woman walks across the stage.

Why is this such a big deal?

Look at the place. It’s magnificent. It also cost $60 million to build. A high school football stadium cost that much money. My own high school football team played football a zillion years ago in front of a few hundred fans gathered in some bleachers. This place seats nearly 20,000 fans who cheer the state’s reigning Class 6A football champions.

Oh, and then they had to shut the place down. Why? Stress fractures appeared throughout the structure. The Allen Independent School District took on the contractor responsible for the mess. Then the school district had to persuade the contractor to foot the entire bill for fixing the structure, to make is useable for athletic events and, oh yes, commencement ceremonies.

I don’t begrudge the construction of the stadium. Allen ISD voters approved a bond issue that paid for it by a healthy majority. That’s their call. Would I have voted for it? Maybe I would. Then again, at my age (65) it would have affected my property taxes, as the state froze my school-related property taxes.

But hey, the stadium has been fixed. It’ll hold up. The crowd will roar.

And our grandson, Dylan? He’ll take his diploma and march off to begin the rest of what we’re quite confident will be a productive and fruitful life. We’re so very proud of him.

We also are glad this stadium got fixed.

Make sure it’s fixed for good.