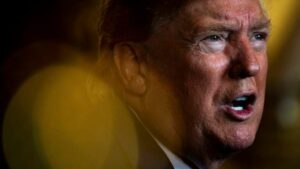 This must be said, so I will say it.

Donald Trump’s penchant for prevarication, his unwillingness to tell the truth puts everything he says about the killing of a bloodthirsty terrorist into serious doubt.

Do not misconstrue me, please. Iranian Revolutionary Guard leader Qassem Sulemaini needed to die. Donald Trump ordered an airstrike this week that killed a man responsible for the deaths of hundreds of U.S. service personnel. The call took guts to make and I salute the president for ordering the strike.

However, he now says it was done to prevent a planned attack on U.S. forces, that it was done as a defensive move.

I am only wondering now whether Donald Trump is telling the truth on that matter. Was there actually a strike in the offing from the Iranian forces? Can we trust this nation’s current president to tell us the truth, without equivocation, of the context surrounding the air strike?

I long ago stopped attaching credibility to virtually anything that the president tells me, but yet, I want this statement from Trump to ring true. I just need to be convinced.