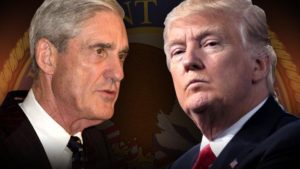 I have an idea I’d like to share with those who are clamoring for Donald J. Trump’s impeachment.

How about waiting for special counsel Robert Mueller to finish his work, write his report, issue that report for public review before deciding whether the president should be impeached?

U.S. Rep. Maxine Waters, D-Calif., one of Trump’s most vociferous critics, thinks the time has arrived to impeach the president. She’s getting way ahead of the curve, way ahead of Mueller and way ahead of what might transpire when Mueller’s work is done.

Contrary to what the president keeps insisting, Mueller’s investigation is no “witch hunt,” nor is it a “hoax.” Mueller is a serious man, a former FBI director and a career prosecutor known for meticulous preparation, whose selection as special counsel was hailed widely by both Republicans and Democrats.

Mueller also is a registered Republican who has served both Republican and Democratic presidential administrations.

Since Mueller’s appointment, many Republicans — led by Trump — have sought to poison the probe that Mueller is conducting. They keep yapping about conspiracies, leaks and now, based on zero evidence, so-called “spying” on the Trump presidential campaign.

To my eyes and ears, Trump is protesting far too much if he has done nothing wrong.

So, let the Mueller probe reach its conclusion. He’ll finish his work in due course and likely will issue a detailed report on what, if anything, he has found that might be cause for punishment.

Only then should we talk about impeachment. Until then, let’s allow Robert Mueller to do his job.