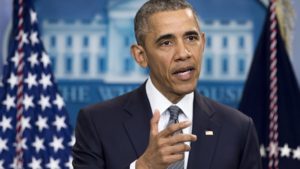 I share Barack Obama’s concern for the Republican Party.

Yes, the president of the United States — the nation’s leading Democrat, at least until January — is concerned that the GOP is fading away, it is morphing into something that cannot join in the act of governing.

That’s what he told late-night comic Jimmy Fallon in an interview to be broadcast tonight.

Spoiler alert: The interview is a scream.

Obama said his party is delighted at the prospect of facing Donald J. Trump in this year’s presidential election. Trump’s fellow Republicans, though, aren’t so thrilled.

The president said the Republican presidential nominee should be someone who can do the job, understands the issues at hand, and “ultimately can still move the country forward.”

I’ve seen dominant political parties here in Texas. Both of them — Democrats and Republicans — have at times abused their dominance over the other side.

I came to Texas in the spring of 1984 and settled in the Golden Triangle region, which at the time remained a strong “yellow dog Democrat” stronghold. Local Republicans felt disrespected and dismissed by Democrats who held tightly onto virtually every office in three counties — Jefferson, Orange and Hardin.

The political landscape has shifted dramatically in Texas. Republicans now are the top dogs. They have clamped vise grips on every statewide office in Texas.

I moved to the Panhandle in January 1995 — and into the heart of GOP Country.

The Democratic Party virtually doesn’t even exist here, no matter what the few of them around the Panhandle would say.

Has it been good to have one party so dominant? No.

The president’s point, though, is that the national GOP has become something unrecognizable from the party that used to take pride in being able to govern.

As the president told Fallon: “But what’s happened in that party culminating in this current nomination, I think is not actually good for the country as a whole. It’s not something Democrats should wish for. And my hope is, is that maybe once you get through this cycle, there’s some corrective action and they get back to being a center-right party. And Democratic Party being a center-left party. And we start figuring how to work together.”

Work together. I believe that’s how government works best. 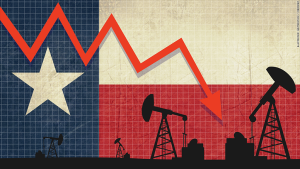 Texas is heading for a bad-news, good-news economic cycle.

The bad? The price of oil is going to continue falling, making it difficult for producers to keep drilling for the crude.

The good? Texas is better positioned this time to handle this bust compared to its history with these crazy economic cycles.

CNBC.com reports: “In some ways, the Texas oil industry today is a victim of its own success. After a steady output decline in the 1980s and ’90s, U.S. oil producers staged a remarkable and widely unexpected revival over the past decade by deploying new seismic and drilling technologies. By coaxing drill bits to move horizontally, and breaking up ‘tight’ oil formations with fracking, millions of barrels of oil have been produced from decades-old fields once left for dead.”

So, the world now has a glut of oil, thanks to tremendous increases in production here at home.

Texas is going bust, sort of.

I arrived in Texas in the spring of 1984 to begin work at a newspaper in the Golden Triangle, one of the world’s premier petrochemical producing regions. Life was good in Beaumont, Port Arthur and Orange.

Then the bottom fell out. Two years later, the price of oil had collapsed. Refineries and petrochemical plants laid off thousands of employees. Some operations shut down. The jobless rate zoomed to nearly 20 percent in that part of the state.

Life, quite suddenly, became not so good.

The mantra then became “economic diversification.” Texas had to branch out, seek other economic revenue streams to take the pressure off the oil and petrochemical industry.

So, the state did that. It invested in high-tech, medical research, automobile manufacturing and a lot of other smaller initiatives.

That 1980s oil bust hammered the Texas Panhandle, too, where I would move in early 1995.

And, yes, in this part of the state we’re faring relatively well. We, too, have diversified. We aren’t nearly as dependent on oil and natural gas as we’d been since, oh, the Spindletop gusher came in at the turn of the 20th century.

Has the state been hit hard by the steep drop in oil prices? Yes. CNBC reports that the gross state product has been reduced to near zero as the year draws to a close. State government is looking at a serious revenue shortfall that the Legislature will have to deal with when it convenes in January 2017.

Why? Much of the state has heeded the diversification warnings our leaders sounded the last time the bottom fell out. 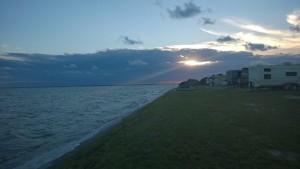 That’s how it goes. The idea is to tell visitors about the physical diversity of this huge state. Politically diverse? Not really, but that’s a subject for another time.

My wife — and our dog and cat — and I are halfway through a two-week journey through much of the eastern half of our huge state.

Texas comprises more than 260,000 square miles. We’re going to see most of its physical diversity by the time we arrive back home on the High Plains, which I refer to affectionately as the Texas Tundra.

We’ve traipsed across the treeless Caprock, camped out among the thick forests that surround Lake Texoma, motored through the Piney Woods of East Texas, endured the stifling humidity of the Golden Triangle and again just west of Houston.

Tonight we’re camped out along the bay that comes off the Gulf of Mexico. We’re about 30 miles northeast of Corpus Christi. Rockport’s a nice town, but we intend to enjoy the gulf water as much as is humanly possible.

The nice part about this latest stop on our intrastate journey is that it’s cool enough during the day that we can go without turning on the air conditioner in the fifth wheel we’ve hauled from Amarillo.

Does it get any better than that?

In a few days we’ll head toward the Hill Country, where we’ll see even more lovely countryside.

I doubt we’ll be able to go without the A/C but, what the heck, you can’t have everything.

We’ll be back home on the Tundra soon enough.

The journey across this vast state, however, has given us a treat we’ll carry with us for a very long time. 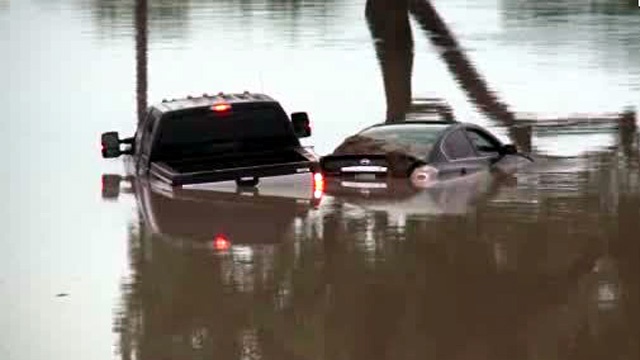 Hey, no kidding. Texas actually can use some help from the federal government.

As I understand it, Gov. Greg Abbott has to ask for a federal emergency declaration. The pictures I’m seeing from around the state, particularly in Houston and in the Hill Country, suggests the governor needs to get on the stick and ask for it.

President Obama talked to the governor by phone the other day and offered federal help. I’m guessing Gov. Abbott said, “Thank you, Mr. President. I’ll get back to you on that.”

Has he done so? I haven’t heard that he has.

Abbott calls the floods the worst in Texas history. As I’m writing this short blog, another storm is blasting overhead along the Texas Panhandle. It’s dumping more rain on our saturated ground — which isn’t nearly as soaked as the ground is in Houston, the Golden Triangle, the Coastal Bend and the Hill Country.

My son, who’s visiting us from Allen — just north of Dallas — informed us of playas that appeared where there’s “never any water.” Well, he can’t say “never” now.

Ask for the feds’ help, governor.

And whatever you do, don’t let your political differences with the White House stand in the way.

Texas Panhandle Days is coming up.

An entourage of Texas Panhandle residents is going to travel to the state’s capital city, Austin, sit down with legislators and tell them what’s on their minds. They’re going to tell them what kind of legislation they want passed and they’ll inform our elected representatives of the results they expect to get from their efforts.

The Amarillo Chamber of Commerce puts it on. The link kinda/sorta talks about Panhandle Days’ mission.

I’ve never attended one of these events. The only way I’d ever be invited would be as a journalist covering it for my employer. I’m out of the full-time journalism game now.

So I’ll pose a two-sided question: What really and truly gets accomplished at these events and how the folks who organize measure their success?

I’ve known many individuals — from business and industry, from government, civic leaders, professional do-gooders — who’ve attended these Panhandle Days functions in Austin. They all come back and say what a “great time” they had. By “great time,” I suppose that means fellowship, consuming adult beverages and nice meals — all of that kind of thing.

But they’re not the only regional group that goes to Austin to receive the royal treatment. The Metroplex sends a delegation, as does San Antonio; Houston sends its posse to Austin; same for the Piney Woods and the Golden Triangle (where I formerly lived and worked); Coastal Bend sends a team, along with El Paso and the Permian Basin.

They all get their “days” in Austin, their time to slap a few backs, tell each other proud they are of what they’re doing and schmooze a bit with key state government movers and shakers.

They all have specific needs and interests. They’re all competing for the same pool of money to hand out. They’re all trying to get their legislators to pull strings for their interests.

Who are the big winners — and the big losers?