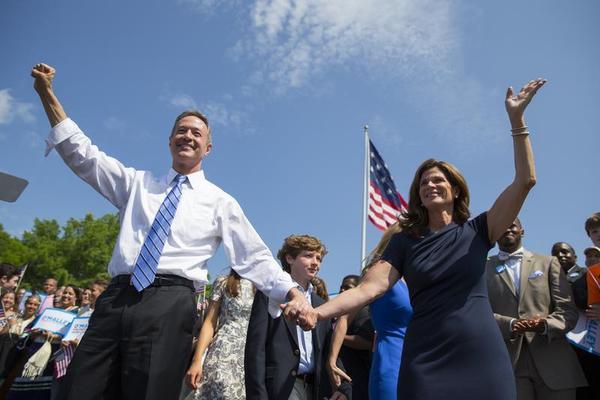 One of the recurring themes of my column, back when I worked as a daily print journalist, used to drive incumbent officeholders nuts.

I liked to write during election season that no incumbent — regardless of his or her record — deserved to run unopposed for public office.

Every so often, I’d write such an essay and I’d hear from an incumbent who’d gripe half-heartedly about my insistence that they draw an opponent.

So it is with some joy that I welcome the entrance of another challenger to Hillary Rodham Clinton in the 2016 Democratic Party primary race for president of the United States.

Wait. Hillary’s not an incumbent? Oh, I almost forgot. But she’s such a prohibitive favorite to win her party’s nomination next that she might as well be one.

Former Maryland Gov. Martin O’Malley has joined the field. I’m not sure precisely how he’s going to separate himself from Clinton. He wants wage equality; so does she. He wants to improve everyone economic future; same for Clinton. He calls himself a “liberal”; I’m betting Clinton will tack to the left as well.

He referred to Clinton as a “dinosaur,” and promises to bring fresh ideas. The “crowd” that greeted his campaign kickoff was, to say the least, modest in size — about 300 or so supporters; Clinton draws that many while she’s eating at a diner.

O’Malley’s in, along with Vermont U.S. Sen. Bernie Sanders, a card-carrying socialist; it looks as though former Rhode Island Gov. Lincoln Chafee — a one-time Republican — is going to run as a Democrat, too.

Good. The more the merrier.

Clinton remains the heavy favorite for the party’s nomination and is a favorite still to win the White House in November 2016.

But she’s going to get a test in her primary. The individuals who will challenge her will — and should — ask her about her coziness with big banks, overseas contributors, her work with the Clinton Foundation and whether she actually built a record as secretary of state and as a U.S. senator before that.

Competition is good for the process, not to mention for the candidates’ souls.

One thought on “HRC doesn’t deserve a free ride”