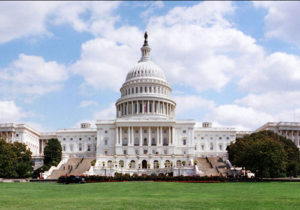 I find no need to look back on the 2022 midterm election, which came to a wonderful end with the re-election this week of Raphael Warnock to the U.S. Senate.

Warnock’s victory extends by just a tiny bit Democrats’ majority in the Senate, enabling that body now to proceed with some important business on our behalf. I have said all I intend to say about the (lack of) quality in Sen. Warnock’s Republican opponent … except to speculate whether Herschel Walker will return to his mansion in Texas and consider running for politics here. God forbid …

What’s ahead for the Senate? Lots of business that Democrats can do — hopefully with Republican help. But with a 51-49 majority, Democrats now can lose one of their members to the other side and still have Vice President Harris waiting in the wings to break a tie. The good news for Democrats? It’s no longer as urgent a fallback position.

The Senate now can proceed with filling federal judicial vacancies. President Biden has nominated judges for these vacancies, but the Senate had been hamstrung by GOP obstructionists. They need to be filled. It is with great pleasure I acknowledge that the House of Representatives, with its slim GOP majority, has no voice on that matter.

To be sure, the Senate cannot act on its own without some assistance from the House. There needs to be legislation to codify women’s reproductive rights that the Supreme Court stripped away when it trashed the Roe v. Wade decision legalizing abortion. Congress should seek legislation to make it even more difficult for lunatics to purchase firearms.

To be sure, the next Senate is going to have more election deniers among the ranks of senators. Two of them won election in Ohio and North Carolina. However, with Democrats’ position strengthened, the Big Lie believers can be silenced more readily.

The 2024 campaign for president is likely to commence soon. Joe Biden is sounding more like a candidate for re-election. Only heaven knows how many Republicans will step forward to seek their party’s nomination. That’s all well and good.

I am ready for a political breather.

Thus, I also am ready to watch the 118th Congress takes its oath and get to work.