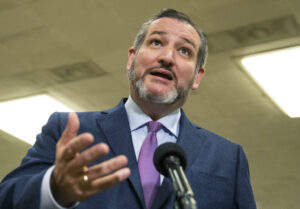 Sen. Edward Rafael Cruz has declared he will seek a third term in the U.S. Senate.

Fine. He also says he also might run for president in 2024. In Texas, he can do that, run for two offices at the same time. Sen. Lyndon Johnson did it in 1960, running for re-election and for vice president; he won the VP post, so he had to vacate the Senate seat. Sen. Lloyd Bentsen did, too, in 1988, running for re-election and for VP; he lost the VP contest but was re-elected to the Senate, where he served for four more years before being tapped for treasury secretary by President Clinton.

What’s on tap for the Cruz Missile?

He needs to be held accountable for one act of idiocy. Why, Ted, did you seek to flee the state in February 2021 when hundreds of Texans were freezing to death in that killer winter storm? Don’t tell us your daughter talked you into jetting off to Cancun. It also doesn’t work that you came back to Texas only when you were outed by others who saw you getting on the outbound plane.

Let me be crystal clear: The Cruz Missile ain’t getting my support in 2024 … not for senator and damn sure not for POTUS.

One thought on “Cruz to seek 3rd Senate term? Good, answer this one …”