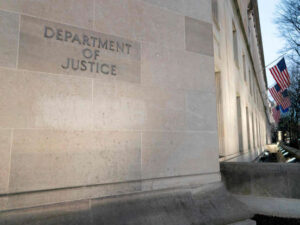 Nancy Mace has revenge on her mind. So, too, do a number of other congressional Republicans who, according to Mace, will be ready to impeach President Biden if the GOP gains control of the House of Representatives after the midterm election.

Mace is nuttier than a Snickers bar.

She hails from South Carolina, and she says Republicans in the House will sharpen their long knives and get ’em ready to skewer the president. They will be full of vengeance because Donald Trump managed to get impeached twice by the Democratic-controlled House.

Rep. Nancy Mace, who voted against impeaching Trump, says there’s ‘a lot of pressure’ on Republicans to impeach Biden: ‘I think that is something that some folks are considering’ (msn.com)

Let’s see. Trump got impeached the first time because he placed a “perfect phone call” that sought a political favor from Ukrainian President Volodymyr Zelenskyy, whom Trump wanted to dig up dirt on then-former VP Joe Biden. Most members of the House said that constituted a violation of his oath of office. The House impeached him.

Then came 1/6 and the insurrection that Trump incited. A few Republicans actually joined that House impeachment and most senators voted to convict Trump of inciting the attempt to overturn the 2020 presidential election results. The only problem is that they needed 67 votes to convict; the Senate ended up with 57 votes.

Now the Republicans, if they gain control of the House, want to re-enter the impeachment battle, which they said the first two times involving Trump was all theater, that Democrats were “weaponizing” the impeachment process.

Well, what in the hell are we to believe if Republicans follow through on their stated threats to impeach President Biden?

How in the name of political vengeance can the GOP justify it?

One thought on “Impeach Biden? For what?”