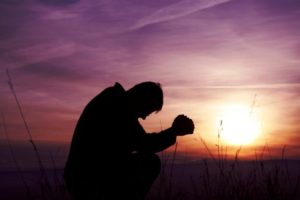 You hear the refrain all the time, that society went to hell when the U.S. Supreme Court took prayer away from teachers and students in our public schools.

To which I say: nonsense!

For starters, I do not believe society has gone to hell. For critics of modern life, though, to assign blame for such an idiotic notion to a single court decision simply fails to look through a wide enough lens.

The SCOTUS ruled in the early 1960s that reciting prayers in public schools violated the First Amendment clause that prohibits the establishment of a “state religion.” Let’s be candid and clear about something: The prayers we all talk about are Christian prayers, which always end with a phrase that references “Jesus’s name.”

I also understand the “religious freedom” and “religious liberty” arguments that come from those who want to restore prayer in public schools. I happen to view those terms in broad terms. “Religious freedom and liberty” can be interpreted to mean that one is “free from religion” and is “liberated” from it, too.

Invariably I fall back on the notion to which I have subscribed my entire adult life. I am all for religion. I am a practicing Christian. I just want to save my prayer time for my own private moments … and for Sunday, when I’m sitting in church.