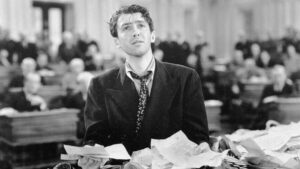 Democrats across the nation are feeling pretty good these days about the midterm election that’s just around the ol’ corner.

They’re so full of confidence that they believe they will retain — and possibly strengthen — their majority control of the U.S. Senate. The U.S. House, of course, remains an open question, which in itself is a sort of moral victory, given the certainty of a Republican takeover that everyone in the world just a few months ago was predicting would happen.

But I want to offer a word of caution to Democrats as they prepare for the midterm election. Many of them want to use a potentially strengthened Senate majority to get rid of the filibuster, which they believe — with some justification — has been misused by Republicans to block important legislation.

I agree that there ought to be some changes made in the filibuster, such as requiring senators to speak until grow hoarse while stopping bills from becoming law. These days all a senator has to do is object and that constitutes a “filibuster.”

However, ridding the Senate of this legislative tool can bite Democrats in the backside. What would they say, for instance, if they suddenly find themselves in the minority? The filibuster’s intent is to give senators in the minority a little extra punch to pack. Democrats know they won’t hold the majority forever; hell, they might not hold it this year, despite the tide that seems to be turning in their favor … at this moment!

My hope for Senate Democrats, if they are able to maintain the gavels of their committees, is that they don’t reach beyond their grasp as it regards the filibuster. I am no fan of the procedure, but I do understand why the Senate enacted the rule in the first place. It’s not written in the Constitution, but it does give senators a tool they can use to block bills that shouldn’t become law.

As for the midterm result, I am going to hope that Democrats are able to withstand the MAGA tide that has overwhelmed the Republican Party.