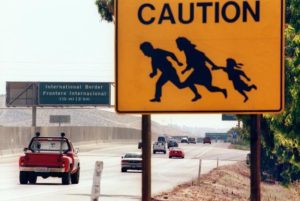 Ron De Santis no doubt calls himself a devout Christian, not that I really care specifically about a politician’s religious affiliation.

It’s just “normal” for conservative Republican politicians, such as the Florida governor, to hoist a cloak of religious fervor to explain why they do certain things. In De Santis’ case, why he would take families — including babies — place them on an airplane and fly them to a mystery destination after they had entered the United States in search of a better life.

De Santis has been taking considerable joy in these actions against those entering this country while fleeing the communists in Venezuela and Nicaragua. He wants to make some sort of point about how Republicans are tougher on undocumented immigrants than Democrat.

I guess here is where I should mention that De Santis might run for president in 2024 and that his foe in two years could be Democratic President Joe Biden.

Devotion to one’s faith requires, it seems to me, that politicians adhere to all its teachings, not just cherry-pick those that suit the pols’ ambitions.

The Bible I read instructs me to show compassion and caring. Its New Testament teachings — you know, those that come from Jesus Christ — tell me to reach out in love to those in need. So help me, I cannot find a single passage that instructs me to hand those in need over to someone else.

Yet we have Ron De Santis and his GOP pal, Texas Gov. Greg Abbott, shipping desperate human beings to points unknown and, in effect, telling them: Y’all are on your own. Good luck and we’ll see ya in funny papers.

2 thoughts on “How ‘Christian’ is this?”