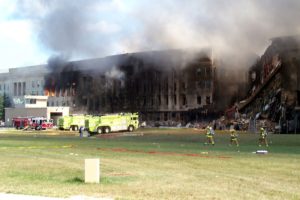 I went to a ceremony this morning at Princeton City Hall where firefighters, police officers, local veterans and others gathered to recall the event that shaped our nation’s future.

It happened 21 years ago when hijacked jetliners flew into the World Trade Center in New York, the Pentagon in Washington and into that rural field in Shanksville, Pa.

No. We’ll never forget what we were doing that morning when we got the news about the terror attack on the country. It launched the global war against terrorism, a war we likely will fight for as long as Planet Earth exists.

I am sure the planet will be around long after you and I are gone.

The good news is that our special forces have managed to take out the masterminds behind that attack. The bad news is that others have skulked out of the slime to replace them.

We must remain vigilant against threats that have existed all along.

And by all means we must “never forget” the unfathomable cost of what happens when we look the other way.

One thought on “No worries, I will ‘never forget’”