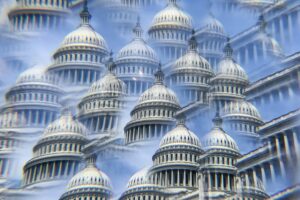 Surely you remember the time when we expected a lot more than usual from those we elect to represent our interests in, say, Congress.

I certainly do remember.

Today, we can scan the political horizon and find any number of nimrods, dipsh**s, fruitcakes and borderline psychos serving a the highest levels of government.

Since the Republican Party supposedly is on the ascent, I feel compelled to single out just a few GOP officeholders to make my point.

Rep. Matt Gaetz of Florida is being investigated for having sex with underage girls; Rep. Marjorie Taylor Greene of Georgia says the Constitution doesn’t really separate church and state; Rep. Lauren Boebert of Colorado has declared that this is a Christian nation; closer to home, Texas Attorney General Ken Paxton has been under felony indictment on securities fraud charges and is favored to win re-election to a third term as the state’s top law enforcement officer.

I just have to mention, if only briefly, that we elected a president of the United States who admits to sexually assaulting women, who says he’s never sought forgiveness for mistakes he has made, who has admitted to cheating on all three women he has married, who once said he “could shoot someone on Fifth Avenue and never lose any voters.”

Politics is supposed to be a noble profession. These days it is being practiced by run-of-the-mill nut jobs.