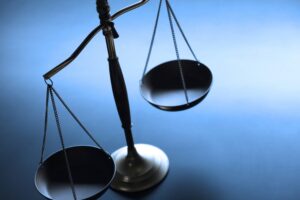 There can be no greater example of electoral consequence than the decision delivered this week by the U.S. Supreme Court that overturns Roe v. Wade, the landmark 1973 ruling that legalized abortion in the United States.

Ponder this for a moment:

Justice Clarence Thomas is the court’s senior member, serving on the high court since 1991; the man who selected him, President George H.W. Bush, left office in 1993. Justice Samuel Alito joined the court in 2006; the president who nominated him, George W. Bush, left office in 2009. Chief Justice John Roberts took his post in 2005 after being nominated by President George W. Bush.

Those three conservative justices have stayed far beyond the terms of their political sponsors. The same likely will hold true for three more judicial conservatives, Justices Neil Gorsuch, Brett Kavanaugh and Amy Coney Barrett, all of whom were nominated by Donald J. Trump.

Remember, too, that Trump declared while running for office in 2016 that he would find “two or three” justices who would overturn Roe v. Wade. He did … and they did. They, too, are likely to remain in office many decades after Trump leaves the scene.

Justice Stephen Breyer is retiring and will be replaced by Justice Ketanji Brown Jackson, President Biden’s lone selection (so far!) to the nation’s highest court.

Yes, elections have consequences. I now shall assert that the next president election must be determined at least partly by how voters want their Supreme Court to function well into the future.

Do we really want a SCOTUS making far-reaching decisions based on justices’ own religious bias?