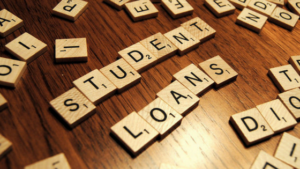 I have declared that I would be critical of President Biden when the issue presented itself. It has done so.

Thus, I want to declare that I believe Joe Biden’s desire to forgive student loan debt is a mistake. Regardless of the push he is getting from the progressive wing of the Democratic Party, I want the president to rethink this notion, as it serves as an incentive for future college students to borrow past their ability to repay their loans.

The Dallas Morning News has weighed in on the subject, calling the forgiveness idea regressive, partisan and unfair. I want to focus on the fairness aspect.

The DMN editorialized today: Forgiving billions in current debt only incentivizes future students to borrow more, in hopes of their own free ride. And it sends a troubling message to former students who did not borrow. Those who worked two jobs, took night classes, or took on military service to pay for college.

Hey, I understand that these loans burden budding career-seekers. Not to mention their parents. My wife and I took out parent loans to help our sons through college. We paid those loans off, but there were times I wondered if we’d ever see the light again.

Student loans are skyrocketing. We shouldn’t cancel them (dallasnews.com)

I also am aware that higher education isn’t cheap, not even in Texas, which once used to grant in-state residents a big-time bargain if they enrolled in Texas public colleges and universities.

I don’t object to allowing these institutions to work out revised repayment plans with borrowers. I just am dubious of the idea of forgiving debts that students take on knowingly … with the expectation that they would have to pay them back — in full!

I am not concerned about the political consequences that President Biden and his fellow Democrats are facing in this year’s midterm election. As the DMN notes: Other than to curry favor with voters, there is little reason to pursue student debt forgiveness. Biden should abandon this plan and take his midterm lumps.

One thought on “‘No’ on loan forgiveness, Mr. POTUS”