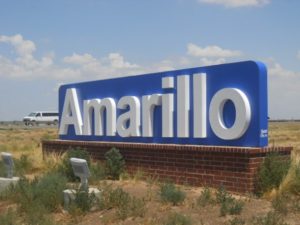 For the nearly 18 years that I worked for the Amarillo Globe-News, I learned something about the population of the city where my wife and I lived during all that time … and then some.

It took a whole lot to rile folks up enough to take strong political action against local government.

That brings me to my point: Will the city council’s decision to pile on $260 million in debt to build a new civic center and relocate City Hall be enough to fire up the masses?

I don’t live there any longer, so I don’t have a dog in that particular fight. Thus, I’ll reserve judgment on what I believe my friends who remain there will do.

Amarillo voters cast ballots en masse during the November 2020 election in rejecting a bond issue to build a new civic center. It was roughly a 60-40% “no” vote. The council, though, decided to go after something called “anticipation notes” totaling $260 million. The debt will boost the municipal tax rate about 59% over a period of time.

I’ve already implored Mayor Ginger Nelson and City Manager Jared Miller to get ahead of this matter. Explain the thinking behind what appears to the untrained eye to be a slap in voters’ faces. I am casually acquainted with Nelson; I don’t know Miller. I cannot predict what they are thinking or pondering.

If they do not explain themselves, though, there might be enough latent frustration in the city to spur some sort of political uprising. Perhaps it will come in the form of a recall election. Or perhaps it will occur at the next citywide municipal election when a slate of candidates could run against the current council and, well, give ’em the boot.

It happened just a few years ago when some residents disliked the push to build the downtown baseball park now known as Hodgetown. That tempest turned out to be all for naught. The park rose up and they’re filling the stands most nights at Hodgetown with fans cheering for the Sod Poodles minor-league baseball team.

Just remember that voters throughout the land are angry at government at all levels for reasons that at times make no sense. Raising people’s property taxes, though, over their expressed desire against it seems to be cause for some turmoil.