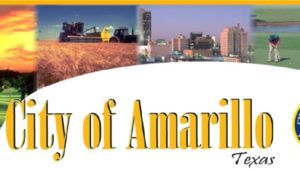 The fecal matter is going to hit the fan in due course once the word gets out in Amarillo about what the city council has done regarding expenditure of vast amounts of public money.

Here is what I think ought to happen.

Mayor Ginger Nelson and City Manager Jared Miller need to conduct a press conference and explain themselves fully to the media and to voters about what is transpiring at City Hall. I am a distant bystander, but I would like to hear their side of the story.

The story is this: The city has embarked on the issuance of $260 million in “anticipation notes” to pay for a lot of construction work. The city wants a new entertainment and business complex and a new city hall. Voters said “no” to a bond issue in November 2020, but the city council decided in late May to issue those anticipation notes. It was done, according to a lawsuit being filed in the 108th District Court, without proper public notification.

I don’t know how you define “breach of faith” with voters in legal terms, but it is looking to me — sitting out here in the peanut gallery — that the city has breached that faith. I don’t yet know how the community is reacting to what is transpiring.

The best defense for the city would be to get ahead of this story before it runs off the rails, if it hasn’t already. How does it do that? By offering a full and thorough explanation.

The suit poses a lot of questions that need answers. Did the city violate any laws by enacting this measure with just a single reading? Did it post adequate public notice in advance of its action? Is it legal to spend “anticipation notes” in this manner?

Voters already have made their feelings known on this project. The city needs to explain how it can proceed against the will of its bosses … the individuals whose money pays for all of it.

2 thoughts on “Explain yourself, city council”