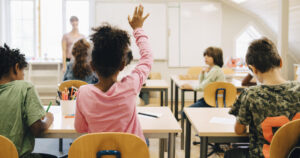 Republican Party officials are casting a wide net across the national political landscape in their attempt to shape public policy at all levels of government to their liking.

My wife and I live in a North Texas community that could become a target of the far-right wingers who think our public school system might need to be, um, “regulated” a bit more carefully.

I am going to keep my eyes and ears wide open to what’s being said throughout the Princeton Independent School District.

Voters will select candidates running for two school board seats in November. I intend to pay careful attention to those who are running. I don’t want far-right-wing ideologues serving on our public school board. I prefer my school trustees to be broadminded, individuals who aren’t driven by ideology but instead by determining what’s best for the entire district, its students, parents and educators.

Princeton happens to be a racially, ethnically and religiously diverse community and for that I am grateful. There is no way in the world that our school system can adhere to a rigid curriculum that — for example — refuses to speak to the racial prejudice that soaked our society at large.

I don’t know much about the men and women who serve on our school board. I do intend to pay careful attention to what they are saying as they run for re-election.

I damn sure intend to listen to the messages being delivered by those who might want to succeed them.

After all, these races determine who sets policies that have a direct impact on our lives. I can think of nothing more impactful than policies involving the lives of our young people.