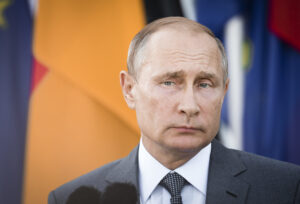 Vladimir Putin invaded Ukraine those many weeks ago to prevent an expansion of the North Atlantic Treaty Organization.

Hah! What happened then? Oh, Sweden and Finland have applied for NATO membership. Indeed, if Finland is accepted as a NATO member, the Russian tyrant will watch his country’s border with NATO expand by roughly double what it is at the moment.

So, this begs the question: How is it working out for you … Vlad?

Russian troops are getting their butts kicked on the battlefield by dedicated Ukrainian soldiers and militia. Putin sought to conquer Kyiv and Kharkiv — Ukraine’s two largest cities — only to watch those efforts literally go up in flames.

Russian soldiers are suffering from low morale, lack of ammunition, faltering equipment, resupply crises and are showing signs of insubordination on the field of battle.

None of this is likely to stem the assault that Putin launched against a sovereign nation. He now is threatening Finland with reprisal if NATO accepts the Finns and the Swedes.

I must point out, too, that NATO — thanks to the diplomatic efforts led by President Biden — is more united than ever in its mission to stand as one against any threats from Russia.

If I were advising Putin, I would consider offering a suggestion for a way to declare victory and just get the hell out of Ukraine.