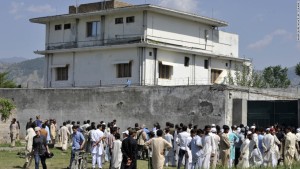 Eleven years ago, I posted an item about a seminal event in our ongoing war against international terrorism.

I wrote: I would pay serious money to shake the hand of the young man who took out bin Laden. But we’ll never know his name or see his face. Wow! What a turn of events.

Man, was I ever wrong about that, about not knowing “his name” or seeing “his face.”

Would I shake his hand now? No! Why? Because the special forces operator who claims to have fired the shot that killed al-Qaeda leader Osama bin Laden on May 2, 2011 violated what I always have understood be part of the Navy SEAL ethos, which is that no one should take individual credit for a mission that was executed by an entire team.

I won’t write this guy’s name here. He’s written a book about what he did and, I presume, made a ton of cash on his role on that mission.

I certainly want to offer a salute to our national security team for finding bin Laden, for working out the immense detail needed to accomplish the mission, for the incredible work that occurred during two presidential administrations since 9/11 to find this demon and for ridding the world of an existential menace.

Meanwhile, I will continue to scorn the nimrod who decided to make a spectacle of himself.