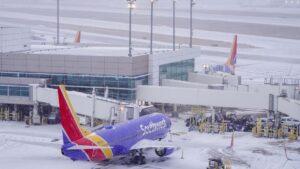 Update time on our storm preparation and whether it worked for us: Yes. It did work for my wife and me. Good thing, too, because the lights went out during the night for several hours.

North and West Texas are enduring a serious winter blast as I write this brief post. Our North Texas home went dark last night around 10:30. The lights flickered back on around midnight for about two or three minutes, then they went out again; they stayed out for about four hours.

I won’t blame Gov. Greg Abbott for what happened. Yes, he did promise “the lights will stay on.” He was talking about power supply and indicated there would be a minimum of what he called “load shed” events with the utility grid shutting down to reduce demand on electrical power.

Gov. Abbott couldn’t prevent iced-over tree limbs from falling on power lines, which is what happened in areas around Collin County during the night. As for our neighborhood, I believe a transformer shorted out.

Hey, no sweat. The heroes who comprise our utility crews worked hard in horrible weather to restore the power.

Believe me when I say that all of us around here are a bit nervous given what happened to Texas a year ago when the power grid failed and put millions of us in the dark for far longer than we should have been.

We don’t know what the immediate future — meaning tonight and perhaps the next time — will hold in store. We do know that we plan to stay ready for whatever happens.