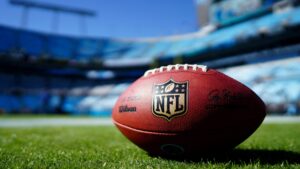 Of all the 55 Super Bowls that have been played, I have cheered precisely one time for the National Football Conference team to win the big game. In 2010, that honor fell to the New Orleans Saints, who gave their city the lift it needed after it had endured the tragedy of Hurricane Katrina five years earlier.

The Saints beat the Indianapolis Colts 31-17 in the game played in Miami.

I tend to favor the underdog. When the AFL came into being in the early 1960s, I gravitated to the young league. I enjoyed its razzle-dazzle, high-scoring brand of football. Then the leagues — the AFL and the NFL — announced plans to merge. The pro football championship would be decided in a title game between the leagues. I cheered mightily for the Kansas City Chiefs in that first game against the Green Bay Packers and for the Oakland Raiders in the second game against the Packers; both AFL teams got clobbered.

Then the New York Jets scored the big upset in Super Bowl III against the Baltimore Colts and the Chiefs came back in Super Bowl IV to manhandle the Minnesota Vikings.

My bias remains intact this year, with the Cincinnati Bengals waiting for the winner of the 49ers-Rams game this evening.

And so … may the better team win and I do hope it’s the representative of the AFC.