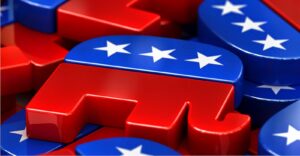 The Republican Party has gone insane. It should be declared incompetent to stand up to public scrutiny. It needs to be stripped down, dismantled, reassembled and reintroduced to the American political mainstream.

I say this as a good-government progressive who tilts toward the Democratic Party. I want the Republican Party to become the Grand Old Party, the Party of Lincoln and the party of inclusion and the so-called “big tent.”

Goodness, the party’s big tent now has become a haven for fruitcakes, insurrectionists, dangerous demagogues and, yes, those with treasonous instincts.

To think that the Republican Party would continue to align itself with a twice-impeached POTUS who continues to foment The Big Lie about alleged voter fraud is to consign the once-great political party to the scrap heap of history. I hope that is where the former POTUS is headed as well. Time will determine his Earthly fate.

The reason for my wanting a strong Republican Party is simple. I want the party to exist as a legitimate, viable political institution to challenge Democrats intelligently and with sane reason. What we have now is a party wedded to the fallacy that an insurrection that occurred in January 2021 was nothing more than a protest that got out of control. Oh, no. It was much worse than that. Republican congressional leaders keep denying what the entire world witnessed on 1/6.

This is the stuff of insanity. It must be excised from the Republican Party. If it takes a total dismembering of the party, then so be it.