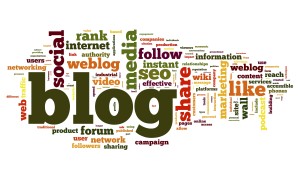 Gosh, I guess I was more optimistic about my membership in a social media group than I should ever have been.

I joined a conservative group on Facebook several months ago. I joined to read what the other side is saying about issues of the day. My eyes have been opened, not because I am surprised, but by the various directions certain arguments are able to take from those seeking to make a point.

Then I chimed in this morning with a comment about former national security adviser Michael Flynn. A member of this group called Flynn an “honorable man.” Bear in mind that the retired Army lieutenant general set a dubious record by serving just 24 days before he was kicked out for lying to the FBI. I merely questioned the individual’s assertion that Flynn is honorable.

Then came the push back.

To be clear, it wasn’t vicious or malicious. It was, um, just pointed and it told me in clear terms that the folks who belong to this group are in no mood to hear from someone with my particular bias; they are interested only in hearing the bias expressed by those with whom they agree.

I suppose I need to recognize that liberal-leaning social media groups aren’t inclined to welcome thoughts from those on the right. There. I just did recognize that lefties’ bias is as intractable as those who oppose them.

The only criticism I heard that compels to respond directly came from someone who accused me of adhering to the “fake news” media outlets. I will say only that Donald J. Trump and his cabal of cultists are the masters of promoting “fake news.” Example? The Big Lie about the 2020 election being stolen and rigged. That is as “fake” as it gets!

Hey, I won’t take any of it personally. I’ll just be sharing my world view on this blog, which is open to anyone who wants to read it … even those who disagree with it.

If so, let me know what you think. I won’t bite back … I promise!