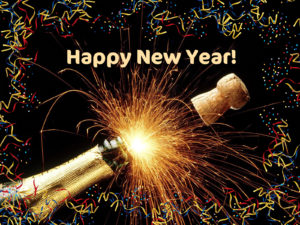 New York Times columnist David Brooks has this way of offering unique perspectives on issues and moments that make me think: Dang, I wish I had thought of that!

PBS NewsHour host Judy Woodruff asked Brooks this past Friday to sum up the year that’s about to pass into history. He called 2021 a “year without form.” I guess that was his way of saying he has difficulty describing it in a concise manner.

It was a year of continued suffering around the world from the pandemic that has taken on a new, unpredictable and potentially dangerous new life.

A new president took office in January and in the spring, Joe Biden promised we would be celebrating our “independence” from the pandemic by the Fourth of July. It didn’t happen. We are farther today than we were then from that independence.

Then again, maybe we are closer than we think. Vaccines are coming out. More Americans are partaking of them. Just maybe we can turn the corner for good soon on the virus that has killed more than 800,000 Americans.

Six days into 2021 we witnessed an insurrection. The House has convened a select panel to get at the root cause of it and find solutions to prevent a recurrence. That work remains to be finished. It has been ongoing for most of the year.

Meanwhile, the immediate past president continues spewing The Big Lie. His followers continue to swallow the swill that pours out of his pie hole.

All this went on during the year.

I am going to hope that 2022 takes on a form, let alone a positive form, as we continue down along journey together.