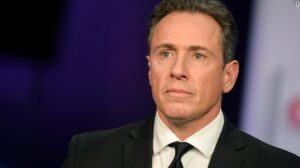 Blood surely is thicker than company loyalty, but CNN anchor Chris Cuomo faces a stern reckoning for helping his brother while working for a major cable television news network.

Cuomo is the brother of former New York Gov. Andrew Cuomo, who resigned earlier this year after several women accused him of sexual harassment and assorted acts of sexual assault.

CNN announced that Chris Cuomo would be suspended indefinitely essentially for lying to his employers about the extent of the advice he was giving his brother while he still held the governor’s office.

No can do, said CNN.

According to CNN.com: “When Chris admitted to us that he had offered advice to his brother’s staff, he broke our rules and we acknowledged that publicly,” the spokesperson continued. “But we also appreciated the unique position he was in and understood his need to put family first and job second.” However, these documents point to a greater level of involvement in his brother’s efforts than we previously knew,” the spokesperson added. “As a result, we have suspended Chris indefinitely, pending further evaluation.”

Journalists have a solemn obligation to keep their distance from developing stories. Cuomo violated that obligation. I get that he loves his brother and that he is loyal to his family.

However, he also is an international media star, known and trusted by viewers to report the news ostensibly without bias or personal involvement in the outcome of an event.

Accordingly, CNN acted prudently in suspending Chris Cuomo, who clearly crossed a line that separates newsmakers from those who report on an issue that has gotten the newsmaker into trouble.