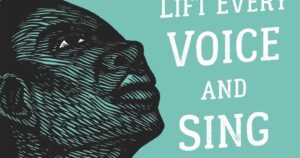 The older I get the more of a fuddy-duddy I become.

There. I’ve admitted it. What caused this admission? It’s the inclusion of “Lift Every Voice and Sing” at professional football games which is now being sung alongside the National Anthem.

“Lift Every Voice and Sing” has become a sort of de facto “black national anthem.” It’s a lovely song. I don’t know the words, but I do hear it on occasion and I like the melody.

Do we need to sing it at pro football games as a statement that we recognize the injustice being done to African Americans to this very day? I don’t think so.

I prefer to sing only the National Anthem — the “Star Spangled Banner,” if you will — at sports events. How come?

We have one National Anthem. Just a single tune. Its lyrics were penned by Francis Scott Key in the early 19th century. It stands as the song we all learned as children. We sang it in school. We sing it today at public meetings and, yes, at sporting events.

I don’t want to dilute the meaning of the national anthem, which proclaims we are the “land of the free and the home of the brave.” Do I ignore the injustice that continues to occur? Do I accept that some Americans are treated unfairly? That they face discrimination? No! I reject all of that!

However, this notion that we sing “Lift Every Voice and Sing” alongside the “Star Spangled Banner” just doesn’t feel right.