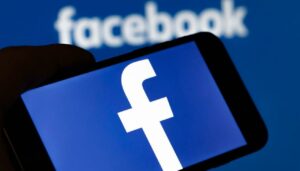 I have just joined a Facebook public policy group that purports to lean to the conservative side of the great divide.

It came to me under the name “Michael Johns.” I joined, read the ground rules and now am awaiting final “approval” by a group “administrator.”

Johns describes himself as a national TEA Party co-founder and an analyst with the Heritage Foundation; he now works as a health care executive.

This could be fun, if they allow me to join. I did get the invitation from this group, so perhaps they want me as part of their group.

You see, I look at public policy from a different point of view. I consider myself a “good government progressive,” which is to say I believe in compromise as a way to further constructive legislation. I do tilt to the left, away from this group I have just joined.

They ask contributors to be “fact based” in their posts. That does give me a bit of pause. Why? Because one side’s “facts” might not comport with the other side’s version of the same term.

So if I post something I consider to be fact based, will the gurus on the other side see it in the same spirit as I have posted it? We’ll see how that goes.

Meanwhile, I look forward to reading more conservative commentary. It likely won’t change my mind on the big, broad policy issues on which I stake my own political comments.