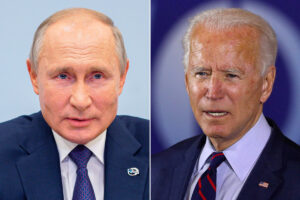 Leave it to Russian strongman/dictator/killer Vladimir Putin to put our Afghan War effort into some sort of semi-reasonable and rational perspective.

“The result is one tragedy, one loss… American troops were present in this region, and for twenty years they tried to civilize people, and to introduce their own norms and standards of life in the broadest sense… including in the political organization of society,” Putin said. “The result is zero, if not to say that it is negative.”

He should know. Putin was a big-time spymaster while Russia was known as the Soviet Union, and during the time the Soviet Union sent troops into Afghanistan to seek to defeat those who opposed the Marxist regime that ran the country in the1980s.

Putin: U.S. Has Nothing, “Zilch” To Show For 20 Years Of Occupation Of Afghanistan | Video | RealClearPolitics

The communists fared no better than our forces did during the 20 years Americans fought there.

Which to my way of thinking tells me that President Biden made the right call when he ended our military engagement.

Hmm. Imagine that. President Biden and Vlad Putin agreeing on something. Who knew?