“America’s longest war has been by any measure a costly failure, and the errors in managing the conflict deserve scrutiny in the years to come. But Joe Biden doesn’t “own” the mayhem on the ground right now. What we’re seeing is the culmination of 20 years of bad decisions by U.S. political and military leaders. If anything, Americans should feel proud of what the U.S. government and military have accomplished in these past two weeks. President Biden deserves credit, not blame.” 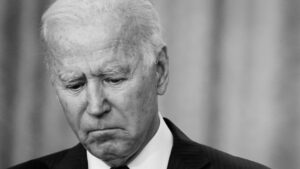 So says, David Rothkopf, a former senior government official and a writer in an essay published in Atlantic.

Biden Deserves Credit, Not Blame, for Afghanistan – The Atlantic

I happen to agree with him. That’s no surprise, right?

What I want to underscore, though, is that despite the mistakes and the seemingly stumble-bum effort that began the evacuation, the administration, the Pentagon, the CIA have been flying evacuees out of Afghanistan by the thousands. They are holding them in safe places and are processing the evacuees.

None of this will stop the critics from yapping and yammering about the president and his national security team. Has it gone flawlessly? No. Then again, must we expect flawless execution of a withdrawal from a war that was flawed almost from its outset?