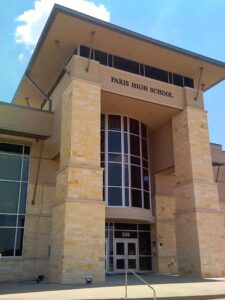 When in doubt, just change the in-house rules to counter external pressure. So seems to be the mantra at the Paris (Texas) Independent School District.

Abbott has been pushing back against school districts issuing mask mandates to battle the COVID outbreak caused by the Delta variant. Paris ISD — a small district up yonder next to the Red River — decided to perform an end-around the governor.

KETR-FM radio reports: “The Texas Governor does not have the authority to usurp the Board of Trustees’ exclusive power and duty to govern and oversee the management of the public schools of the district,” a release from Paris ISD said after the meeting. “Nothing in the Governor’s Executive Order 38 states he has suspended Chapter 11 of the Texas Education Code, and therefore the Board has elected to amend its dress code consistent with its statutory authority.”

Therein lies a template for other school districts to follow. It well might withstand any court challenge that Abbott or Attorney General Ken Paxton file decide to pursue to keep Abbott’s ridiculous no-mandate rule in effect.

I am going to offer a quiet, but still enthusiastic, hand-clap to Paris ISD for showing the way around what I continue to believe is the governor’s power grab.

One thought on “Paris ISD has a solution”