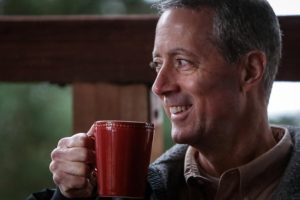 There is no way on God’s good Earth that this will happen, but I am going to ask it anyway of a man I know fairly well.

Mac Thornberry no longer serves in Congress; he retired at the end of 2020 after serving for 25 years as a congressman representing the 13th District in the House of Representatives. He hails from Clarendon and represented the Texas Panhandle.

He was succeeded — certainly not replaced — by a blowhard right-winger, Ronny Jackson, who now says that President Biden should resign because he doesn’t have the mental acuity to do the job.

My request of Mac Thornberry is this: Will you issue a statement condemning the antics of the moron who succeeded you?

I have no direct contact these days with Thornberry. I don’t even know where he lives. Some of his key former congressional aides and allies do read this blog. Perhaps they will forward this request to him. I got to know Thornberry well, working for 18 years as editorial page editor of the Amarillo Globe-News. Mac and I started our new gigs during the same week in January 1995: he as a congressman and me at the AGN.

I am simply astonished and appalled at Jackson’s conduct since taking office. He has become a Twitter troll who models his public pronouncements after the 45th POTUS, a fellow he served for a time as White House physician. The ex-POTUS wanted Jackson to lead the Department of Veterans Affairs, but then pulled his nomination when it was alleged that the retired Navy admiral drank on the job and issued prescriptions to individuals whom, um, didn’t need them. He earned the nickname “Candy Man,” if you get my drift.

Now he’s in Congress and has become a favorite of right-wing media talk-show hosts because of his incessant criticism of President Biden. He has launched a senseless, mindless, brainless, thoughtless campaign against the COVID vaccine campaign, declaring as recently as this past week that the “pandemic is over.” Well, it ain’t over … doc!

As for Thornberry, he is enjoying retired life somewhere these days. I just wish he could expend some of the political capital he acquired by condemning the blather that keeps pouring forth from the guy who took his seat in Congress.