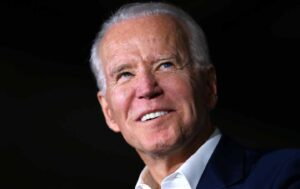 President Biden is facing a quandary.

He wants Congress to create a bipartisan commission to examine the cause and impact of the Jan. 6 insurrection. Congressional Republicans have dug in deeply against it, wanting to protect themselves perhaps as well as Donald John Trump, the imbecile who instigated the riot that sought to overturn the results of the 2020 presidential election.

So, what does the president do? He could create a commission on his own. He could allow House Speaker Nancy Pelosi to appoint a select committee.

The U.S. Senate backed away from furthering a House-passed bill creating the commission. Newsweek reported:

On Saturday, Virginia Democratic Representative Gerry Connolly called on Biden to bypass Republicans and instead create a presidential commission.

“In light of the GOP’s cowardly filibuster of a bipartisan Jan 6th commission I urge President Biden to form and appoint a Presidential Commission to fully investigate the insurrection of January 6th at the US Capitol,” Connolly tweeted.

Even though such an idea is fraught with concern over how impartial such a presidential commission can be — given that the current president’s victory in the 2020 election is the reason for the insurrection in the first place — I am willing to endorse its creation.

I have a caveat to offer: President Biden must ensure the bipartisan nature of a presidential panel and then he should simply back away and let the group do its job without any hint of interference from the Oval Office.

Joe Biden has been around the halls of power long enough to understand what is proper. My sincere hope would be that the president would ensure a thorough probe into the events leading up to the Jan. 6 riot by the mob of terrorists. If only he could persuade the Trumpkins out there of its honesty.

They are likely to hang instead on the Big Lie that their idiotic hero keeps telling.