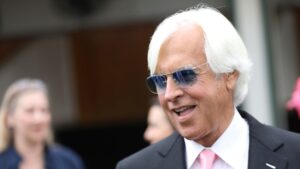 Did I hear this correctly?

Bob Baffert, the legendary race horse trainer, told Fox News over the weekend that his steed, Medina Spirit, is a victim of what they call the “cancel culture.”

Medina Spirit won the Kentucky Derby. He is trained by Baffert. The race gurus then ran a test on the horse and found some sort of illegal drug in his system. He faces disqualification if a second test confirms the first one.

Now we have Baffert telling a right-wing media outlet — those goofs at Fox — that he and Medina Spirit have been victimized by the lefties’ “cancel culture.” That the horse is the victim of some nefarious plot to disqualify him from winning racing’s crown jewel.

He denies the horse had the drugs in his system. The tests say something different. If a second test confirms the first, the horse will face disqualification. It’s a simple issue, yes?

Medina Spirit may have been racing with a substance flowing through his veins that he wasn’t supposed to have. Someone gave him the drug — allegedly.