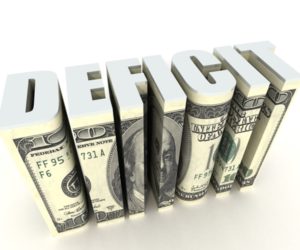 Listening to Republican members of Congress bitch about the possibility of running up the federal budget deficit because a Democratic president wants to invest in our infrastructure makes me want to laugh, scream and cry … all at once!

Only now does the ostensible party of fiscal restraint choose to raise its voice against the cost of infrastructure overhaul. Puh-leeze.

President Biden is planning this week to meet with Republican congressional leaders to seek a compromise. Biden wants to spend $2.2 trillion on various projects including infrastructure; the GOP has come back with a $568 billion proposal that focuses more intently on roads, bridges, airports, ship channels … those kinds of things.

Yes, that’s a big gap. The GOP is yammering about deficit spending after approving a big tax break for rich Americans when Donald Trump was president. The tax cut helped run up the deficit and, of course, the national debt.

Where was the outrage then? Hmm. I heard them crickets, man.

I do hope President Biden can bring his immense negotiating skills to bear when he meets with his Republican friends. I also hope he can persuade them of the importance of employing government to work for the people who pay for it.