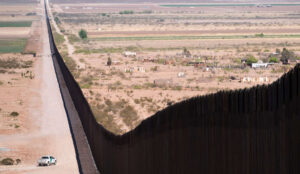 Donald J. Trump got his biggest applause while campaigning for election and re-election that he would make Mexico pay for The Wall he would build along our southern border.

Mexico hasn’t paid a nickel for it, nor will it pay. What did Trump do then? He redirected money meant for the Pentagon toward construction of The Wall.

Trump didn’t win re-election. So now the man who replaced him, President Biden, has sent $14 billion in Wall money back to the agency from where it came.

The money should have stayed at the Pentagon, where Congress appropriated it in the first place. Trump’s decision to divert Pentagon money to construction of The Wall was an act of political desperation, given that there would be no on Earth that Mexico would — or should — pay for a structure that is being erected by our government.

As Roll Call reported: “To build a wall along the southern border, the previous Administration redirected billions of dollars Congress provided for supporting American troops and their families, and for purchasing military vehicles, aircraft, and ships,” the official said in a statement. “The Biden Administration is committed to upholding the rule of law, and properly equipping American troops and caring for their families.”

Congress’s authority to appropriate money must remain intact. It does now that Joe Biden has taken charge of the executive branch of government.

One thought on “Biden sends wall money back to Pentagon”