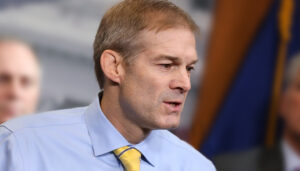 U.S. Rep. Jim Jordan’s tirade against Dr. Anthony Fauci this week underscores a chronic condition that afflicts politicians who think they hold the keys to power.

Jordan decided that because he is an “elected official” that he has some political right to be dismissive of experts in a given field. He shouted down Dr. Fauci, barely giving the esteemed doc the chance to answer questions that Jordan had asked of him.

To be fair, this is a bipartisan affliction that shows itself in Democratic and Republican pols alike. However, since we’re talking today about a GOP blowhard in Jim Jordan of Ohio, we’ll concentrate on the men and women of his particular party.

Jordan indeed should have demonstrated some humility while discussing the COVID pandemic and its impact on our lives with the nation’s leading infectious disease expert. In fact, he should be mindful that his boorishness might not play as well with all his constituents back home in Ohio’s Fourth Congressional District as he thinks it does.

Jordan is a GOP bully cut from the same cloth that produced Donald J. Trump. He just cannot stop yelling at witnesses when they appear before the committees on which he serves. He must possess some demonic creature that compels him to talk down to others, even those who are many times more expert than he is on whatever subject he has chosen to pontificate.

Jim Jordan is a volatile young man who needs to show some respect.