This should go without ever saying it, but I feel a need to state the obvious.

A young man is dead tonight from a gunshot fired by a Brooklyn Center, Minn., police officer who thought she was pointing a taser at the young man. Instead, she fired her service pistol at his chest. He drove his car away, crashed it and then died on the scene of the wreck. 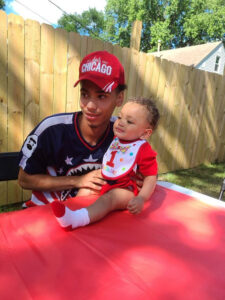 The response in nearly Minneapolis and in other communities has resulted in looting, vandalism and violence. It has been launched against people who have not a single thing on Earth to do with what happened to the young man, Daunte Wright.

President Biden issued a statement, declaring there to be “no justification” for violence. He acknowledges the right of those who want to protest peacefully. The president’s message likely will be ignored by the looters.

Two things about this case are astonishing in the extreme. Daunte Wright was a young black man; the officer who shot him is white. Moreover, the incident occurred about 10 miles from where a highly publicized trial — with former officer Derek Chauvin being charged with murder in the death of George Floyd — is under way. Floyd was black; Chauvin is white. You know the story about what happened to Floyd.

As USA Today reports: Biden stressed there is “absolutely no justification” for looting and violence.

“Peaceful protest is understandable,” he said. “And the fact is that we do know that the anger, pain and trauma that exists in Black community in that environment is real – it’s serious, and it’s consequential. But that does not justify violence.”

He added: “We should listen to Dante’s mom who is calling for peace and calm.”

Is it me or do we seem to be entering a whole new phase of civil unrest, the likes of which many of us never have experienced?

What I want to know is this: How in the name of serving and protecting the public does a trained police officer mistake a taser for a fully armed service pistol?