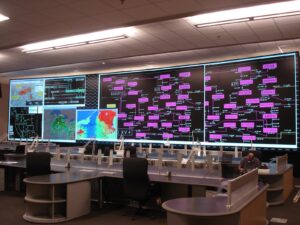 Here is an item that frustrates and angers me at the same time.

The Electric Reliability Council of Texas is going to argue, according to the Texas Tribune, that it is immune from lawsuits filed by Texans over ERCOT’s handling of the Texas ice and snow storm this past February.

I am frustrated because a Dallas appeals court has ruled that ERCOT, despite being a private non-profit organization, might be protected because it operates as an arm of state government.

I am angry because ERCOT deserves to be sued over the power outages across the state that forced millions of Texans to endure the bitter cold without electricity.

The Tribune reported: “ERCOT has and will continue to assert that it is entitled to sovereign immunity due to its organization and function as an arm of State government,” the organization wrote in a Wednesday court filing requesting to consolidate several of the lawsuits it’s battling.

My wife and I were two of those Texans who struggled without power for a couple of days while the outdoor temperature plunged to zero. To make matters worse, the Princeton municipal water supply went kaput for a day because the electricity to its treatment plant also failed.

ERCOT mismanaged the electrical grid, which it operates throughout the state.

Board members resigned. Other board members fired its CEO. The Public Utility Commission resigned en masse. Gov. Greg Abbott has called for a legislative investigation into ERCOT. The Legislature is meeting right now to craft some needed reforms of the state electrical grid.

And ERCOT is going to declare some sort of sovereign immunity?