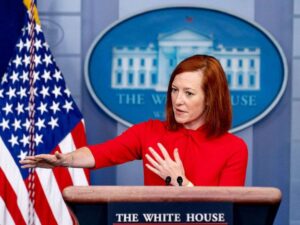 Jen Psaki didn’t mean to use the word “crisis” when describing what is occurring along our nation’s southern border.

The White House press secretary tried immediately to walk back that term, referring to it during her daily briefing as a “challenge.”

Well, actually it is a crisis. I don’t begrudge the White House press flack for calling it what it is. Those unaccompanied youngsters need our nation’s attention when they cross our border. Their numbers are at 20-year highs. I think I would call it a crisis.

Now, is it a crisis that cannot be repaired? Of course it can! It is possible for the Biden administration to get its arms around the problem. I want the immigration team to get busy crafting a solution.

I just chuckle and wince at the same time when government officials and their spokespeople get hung on using precise terminology.

I know what she said. I also know what is occurring. There shouldn’t be any need to grammar-check the White House press spokeswoman.