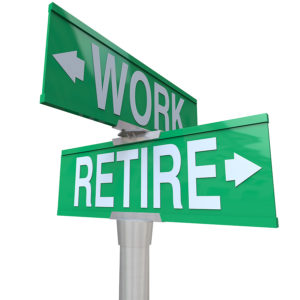 Earlier today I realized something that I should’ve known when I crossed that threshold.

It is that I have lived most of life in a place I never dreamed when I was much younger I would find myself in retirement. That is Texas.

I am now 71 years of age. We moved to Beaumont, Texas in the spring of 1984 when I was a mere pup of 34. We gravitated from Beaumont to Amarillo nearly 11 years later. Then we pulled up our deeply rooted stakes on the Caprock and ventured to Collin County with our No. 1 goal to be near our granddaughter.

I mention all of this because when my wife and I got married nearly 50 years ago we never imagined, never even discussed the notion of moving to a place so far away from Oregon, where I was born and where my wife essentially grew up and came of age.

Texas beckoned in late 1983 with a phone call from my former boss, who had relocated to Beaumont to become executive editor of the Beaumont Enterprise. He wanted to know if I would be interested in working there as an editorial writer. My first reaction was to laugh.

One thing led to another in the course of the next day or two and I decided that, yes, I would like to explore that opportunity. I flew to Beaumont from Portland and spent a couple of days visiting with my old friend and mentor.

I returned to Oregon. I told my wife that the job looked appealing. My friend called, offered me the job, I accepted his offer and then relocated. Our sons were still quite young, 11 and 10 years old. My family joined me that summer.

My wife and I considered Beaumont to be part of a “three- to five-year plan.” We would live there, I could develop some more experience and then try to peddle my skills to another employer … somewhere else! Maybe back “home” in Oregon.

It didn’t transpire that way. Another opportunity did present itself in Amarillo. I flew from Beaumont to Amarillo in late 1994, spent a day interviewing at the Globe-News, returned home to Beaumont. The publisher offered me the job … etc. You know how this played out.

We are now happily retired. I still get to write. I have my blog. I also work as a freelance reporter for a couple who owns a group of weekly newspapers in Collin County. I write for the Farmersville Times. It is a serious, unabashed blast. I have returned, in a way, to where it all began for me in the 1970s: covering city council, school board and writing the occasional feature.

It has been a marvelous journey. Retirement is everything it’s cracked up to be. The road ahead still beckons and to be honest, I am thrilled that our three- to five-year plan never panned out.