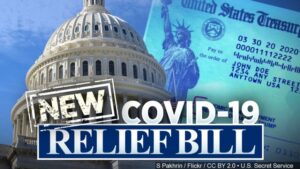 It is worth asking, I suppose, whether any American who receives a COVID-19 relief check from the U.S. Treasury is going to wonder why it lacks the name of the president of the United States, Joseph R. Biden.

I know the answer. No one is going to care whether President Biden’s name is on the check. Any more than Americans cared that Donald J. Trump’s name was affixed to the earlier round of relief checks that circulated.

Yet, the former president made a big deal out of ensuring that his name appeared on them. He wanted Americans to see that he was responsible for the help that arrived in their bank accounts or in their mail boxes.

Except that Donald Trump played virtually no role in negotiating the deal that helped millions of Americans.

His successor, Joe Biden, did play a role in crafting this current round of relief. However, his name will be nowhere on the payments.

That’s how collaborative government is supposed to work.