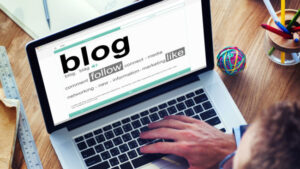 I wrote a brief message on Facebook five years ago that I want to share again today.

It went like this: I’m trying to decide if I want to get into a Last Word Contest with some of my Facebook friends/acquaintances who have this insatiable need to have the last word on every exchange … every single time. I’ll get back to y’all on that.

This ditty appeared in 2016. I am prepared to tell you at this moment that I am even less inclined now than I was then to engage in this kind of back and forth.

I celebrated my 71st birthday not long ago. The means I cherish my time more now than I did when I was a mere pup of 66 years of age, when I made that earlier post. Therefore, I remain wedded to the notion that my blogs should stand as my statement on whatever point I want to make.

It’s a further indication of a notion that I generally am in no mood to change my mind significantly.

For example: When I wrote many times that Donald J. Trump was “unfit” for the office of president, there would be no way on God’s good Earth that I would change my mind. Now and then, someone would respond with a “what about” retort, trying to say that Trump’s lies were no more egregious than what came from the mouths of his predecessors. Well, yes they were. No changing my mind there.

I also appreciate that the older I get the grayer issues get, that I tend to look at issues with a bit more nuance than when I was a young punk, fresh out of the Army, enrolled in college and full of piss and vinegar.

Still, I am not going to waste my time trying to persuade someone with a different world view that my view is correct and theirs is wrong. I’m too old for that.