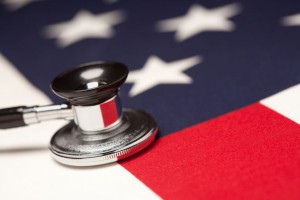 You might recall when Congress approved the Affordable Care Act. Then-Vice President Joe Biden warmed up the podium for President Obama and then whispered a remark got on a hot mic.

“This is a big fu**ing deal,” Biden said. Obama signed the bill into law and then commenced a decade-long fight with congressional Republicans who wanted to kill it. They never came up with an alternative. They never sought to improve the ACA. They wanted it wiped off the books. Why? Because the law had President Barack Obama’s name on it.

Donald Trump was the top GOP cheerleader, but he never had an alternative, either. Now he’s gone. Democrats control both legislative chambers. VP Biden is now the president.

And the ACA is still a big … deal.

Improvements to it are contained in a COVID relief bill that the House has approved. It’s now in the Senate and is likely to pass narrowly.

The New York Times reports: Now the Biden administration and a Democratic Congress hope to engineer the first major repair job and expansion of the Affordable Care Act since its passage. They plan to refashion regulations and spend billions through the stimulus bill to make Obamacare simpler, more generous and closer to what many of its architects wanted in the first place.

At Last, Democrats Get Chance to Engineer Obamacare 2.0 (msn.com)

The link I have attached to this blog post goes into detail what Democrats have in mind.

Suffice to say that the ACA isn’t perfect. Its rollout was a disaster. However, it has managed to provide health insurance to millions of Americans. Barack Obama always stated he would welcome improvements to the law.

Republicans who controlled the White House and Congress had their chance to produce an alternative to law they despised. They failed. Now it’s Democrats’ turn. Perhaps they can deliver the goods to Americans who continue to support the act, no matter how much venom is spewed by its foes.