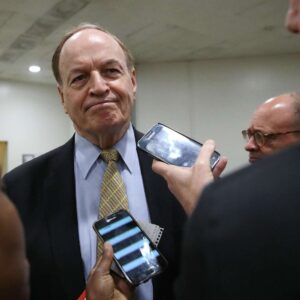 He joins Rob Portman of Ohio and Pat Toomey of Pennsylvania as declaring themselves to be lame ducks.

I know what you are thinking: Where is he going with this?

Might they now muster up the courage to vote to convict Donald Trump of inciting the Jan. 6 insurrection on Capitol Hill, of exhorting the terrorists to storm into the Senate chamber where the second of Trump’s impeachment trials is about to begin?

Shelby, Portman and Toomey can join GOP Sens. Mitt Romney, Lisa Murkowski and perhaps Susan Collins as possible votes to convict Trump. That leaves only 11 more Republicans to persuade to do the right thing.

Trump can do nothing to those who are leaving public office. Therefore, the threat of reprisal against those politicians is a goner. Just sayin’, man.