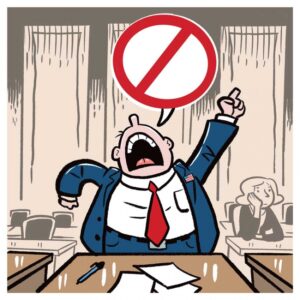 Democrats smell a certain radical political overhaul in the making.

They need to take great care if they intend to enact it. The filibuster rule in the U.S. Senate looms in the proverbial gunsights of congressional Democrats and their fellow activists out here in the peanut gallery.

Senators can filibuster while opposing legislation they oppose. One of them can stand on the Senate floor and talk about anything they want. Sometimes they read from children’s books, or ramble on about this or that … they just bluster.

It requires a super majority of senators to end a filibuster.

The aim is to stop legislative momentum. The filibuster can be abused. And it has been abused in recent years, chiefly by Republican senators.

Democrats see an avenue to end the procedure now that they have the slimmest of majorities in the Senate, which is split 50-50; but Democrats have a weapon in the person of Vice President Kamala Harris, who can break a tie.

The filibuster — which dates to era of ancient Rome — protects the minority members’ political interests. Do I want the GOP to advance its legislative agenda? No. I don’t. I do, though, want to caution any Democratic zealot that their party is unlikely to remain in the majority forever. Political cycles have a way of wresting control from one party and handing it to the other one.

What happens if and when Republicans get control of the Senate, or the House or even the White House in the future?

I want to protect this process, with one provision: Democrats invoked what they called the “nuclear option” in 2015 by voting with a simple majority to end a filibuster that sought to block a judicial nominee put forward by President Obama. I don’t have a problem with maintaining that option.

As for the filibuster itself, let us just remember that what goes around, comes around.

I am glad to see Democrats in control of the White House and Capitol Hill. Let’s not get carried away … hmmm?

One thought on “Keep the filibuster, however …”