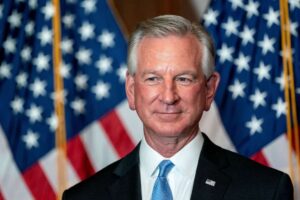 U.S. Sen.-elect Tommy Tuberville, the Alabama Republican who exhibited a profound ignorance of government while campaigning for the office to which he was elected, seeks to make a dubious spectacle of himself even before he takes his seat in the next Congress.

Tuberville couldn’t identify the three branches of the federal government but managed to get elected this year because he is a Republican in a deeply Republican state. Now he wants to challenge President-elect Joe Biden’s victory over Donald Trump in the presidential election.

Tuberville is hinting broadly that he intends to challenge the result when Congress meets Jan. 6 to ratify the Electoral College’s certification of Biden’s clear and decisive victory.

Good news, though. Senate Republicans are resisting Tuberville’s goofy notion that the election is illegitimate because of phony allegations of voter fraud.

He has joined another Alabama nut job, Rep. Mo Brooks, in challenging the results. If they succeed, the House and Senate will have to stage two-hour debates before deciding to do what they must, which is to declare President-elect Biden the winner.

We are being disserved by this kind of idiocy in the halls of our elected Congress.