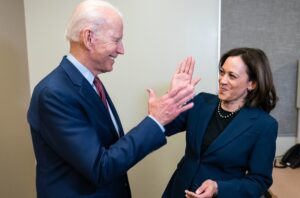 I’ll be candid: Time magazine’s selection for Person of the Year is not the choice I wanted the venerable publication to make.

It’s not that I object strenuously with Time naming President-elect Biden and Vice President-elect Harris as its Person of the Year. It is that I wanted the mag to honor an entire category of human beings: those on the front lines in the fight against the coronavirus … namely the first responders, health care workers, educators. Those folks are society’s heroes and they earned the honor of Person of the Year.

But that’s just me, I suppose.

As for the president- and vice president-elect, they indeed made history. They defeated the most corrupt, amoral, venal and disgraceful presidential administration in U.S. history. They did so convincingly. Joe Biden deserves kudos for making history by selecting Kamala Harris, the first black and first candidate of South Asian descent to run with him as vice president.

They both acquitted themselves well on the campaign trail. They have rolled up 81 million votes en route to a solid Electoral College majority. Biden and Harris are assembling a first-class team with which to govern.

In some ways, the Time choice is the politically safe choice. Winning presidents (and this case winning VPs) often get the Person of the Year nod.

However, the pandemic is the overwhelming story of 2020. The chief element of that story, in my view, has been the heroism displayed in hospital emergency rooms, ICU rooms and the bedsides of COVID-19 patients; moreover, there have been heroes abounding in our classrooms as educators seek to teach our children amid the threat of exposure to a potentially deadly virus.

And this heroism is a worldwide phenomenon.

So, I’ll accept Time’s choice simply as the editors’ call. It’s not one I would have made but it’s their magazine, their decision.

Just to be clear — one more time: I am delighted that we’re about to welcome Joe Biden and Kamala Harris as our new president and vice president.