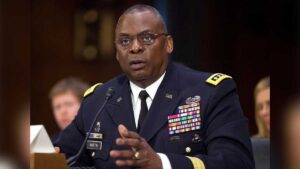 Retired Army Gen. Lloyd Austin is President-elect Biden’s choice to become the next secretary of defense.

I applaud the choice. Gen. Austin would be the first African-American to lead the Pentagon. He is a former Central Command leader and a warrior with a distinguished and heroic military career.

But oh yes. There’s an issue with Austin. The law requires that a former military man or woman must be out of the service a minimum of seven years before assuming a top-level Cabinet post. Austin’s been out of the Army for only four years.

What does the Senate do? Simple! It does what it did for retired Marine Corps Gen. James Mattis when Donald Trump nominated him to be defense secretary. Mattis received a waiver from the Senate because he, too, hadn’t been a civilian for the requisite length of time.

The Senate can — and should — do the same for Lloyd Austin. Sen. Jack Reed, the top Democrat on the Senate Armed Services Committee, said the Senate shouldn’t grant another waiver so soon after it did so for James Mattis. “Waiving the law should happen no more than once in a generation,” Reed said in 2017. “Therefore, I will not support a waiver for future nominees. Nor will I support any effort to water down or repeal the statute in the future.”

Hooey! Lloyd Austin is an outstanding choice who deserves a Senate waiver to enable him to take command of the Pentagon.