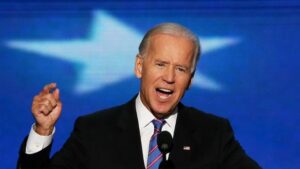 I am going to take a tiny leap of faith and presume that Joe Biden will be declared the winner of the 2020 presidential election.

Thus, he will begin the transition into the nation’s highest political office. Let’s ponder the question: How different will President Biden’s  governing style be from the man he succeeds, Donald Trump?

Let me count the ways.

For starters, Joe Biden knows how government works. He served in the U.S. Senate for 36 years before being elected vice president in 2008. That’s 44 years in the legislative and executive branches of the federal government. Donald Trump had zero public service experience before being elected president … and, boy howdy, that gap in his resume showed itself in graphic fashion.

Biden has many friends on both sides of the great political divide. He calls himself a “proud Democrat,” but over the years he cultivated many personal friendships and professional relationships with Republicans. He knows how legislate. Biden understands that compromise is the art of seeking an outcome that serves the common good.

Joe Biden knows how to talk to the GOP. Trump never developed any friendships with Democrats, let alone with many within the Republican Party. Why is that? He had no political experience. Furthermore, he has few actual friends within the GOP.

It’s instructive to understand that Joe Biden and Senate Majority Leader Mitch McConnell have a record of being able to work together. They understand each other.

Finally, Joe Biden is likely to retain his footing while he governs. He has been through emotional hell over many decades. His first wife and baby daughter died in a motor vehicle accident in late 1972. His son, Beau, died of cancer just a few years ago. Joe Biden has relied on his faith to see him through. He understands emotional pain and feels the suffering that inflict others.

Donald Trump is not wired in any fashion to understand the suffering that befall other human beings.

President Biden, from all I can discern, is going to restore so much of the nuance of good government that Donald Trump sought to toss aside. Therefore, that political payoff makes all this vote counting worth the wait.

One thought on “How would President Biden govern?”